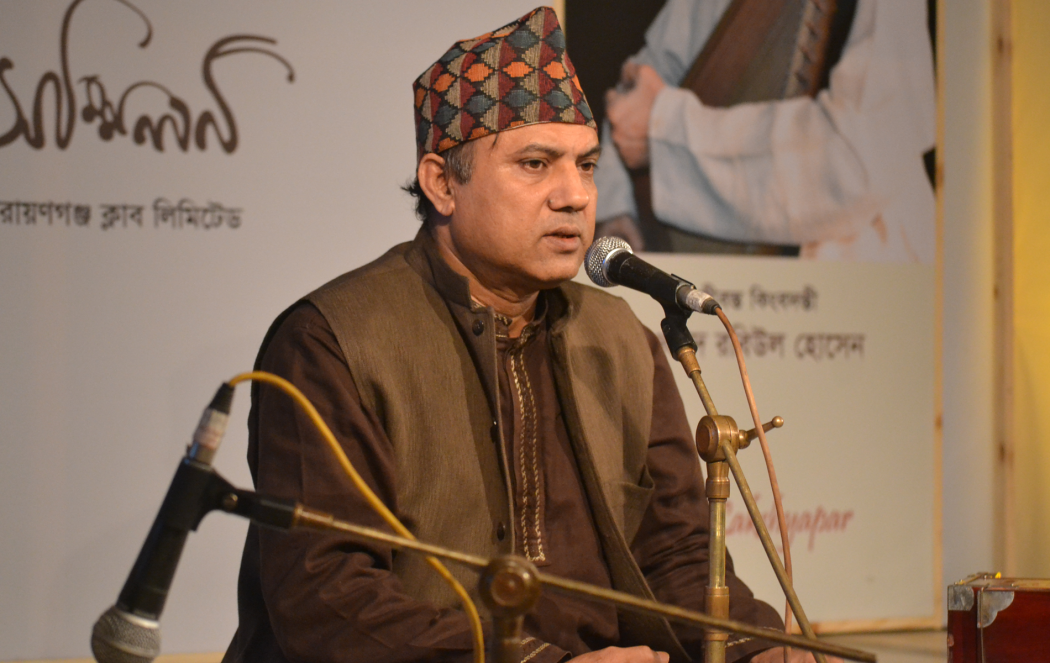 Our Master Trainer in Vocal

Since 2012 Rezwan Ali has been working with us as the master trainer. He is an acknowledged classical vocalist, course designer and teacher. Dr. Ali is an enlisted artiste of BTV and Bangladesh Betar. He is a senior teacher in the department of classical music at Chhaayaanat, a prestigeous centre of music education. Also, he has been teaching at the Department of Music, Jagannath University, Dhaka.

I received lesson from Bholanath Bhattacharya on Vocal classical music in Magura Shilpakala Academy, Magura in 1978 and after that I continued to receive the same lesson from Pandit Chandiprasad till 1983. Later I received lesson on vocal classical music from Ustad Abdul Bari Khan from 1984-1988, a time when I was learning Nazrul Sangeet at Bubul Lalit Kala Academy. Received lessons on vocal classical music in the field of Khayal, Thumri, Tappa, Tarana, Ghajal, Bhajan in different styles and time span noted against each of the following respectable scholarly teachers such as; 01. Pandit Srikanth Garge Goalior 02. Pandit Anilbhai Boishnab 03. Pandit Eeshwarbhai Yadab 04. Pandit Darkanath Bhoshle 05. Srimati Shubhoda Desai Jaipur 06. Pt. Laxmi Kanth Payarelal Bhapat Kirana during the time when I was doing Masters with Honours on Vocal Classical Music in the M. S. University (Maharaja Saiyajirao University), Baroda, India on ICCR (Indian Council for Cultural Relation) scholarship from 1988 to 1993. Besides, I took lesson on Dhrupad and Dhamar in Nouhar Bani/Nouhar Style from Pandit Harish Chandra Chaturbedi.

EDUCATIONAL QUALIFICATION AT A GLANCE:

A Demonstratation on Raaga Yaman